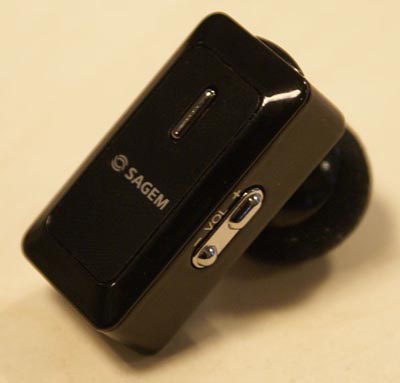 On the plus side, it weighs next to nothing (8 grams), comes with two programmable buttons for quick access to your favorite phone numbers, and it supports voice recognition so that you don’t actually need to whip out your phone to make the call.

Battery life has been rated at five hours of talk time and 100 hours of standby, and because of its diminutive size, it could be a near-stealth solution for people with Dumbo ears. Relative to its footprint, the Sagem H4 Bluetooth headset is a touch on the chubby side, though.