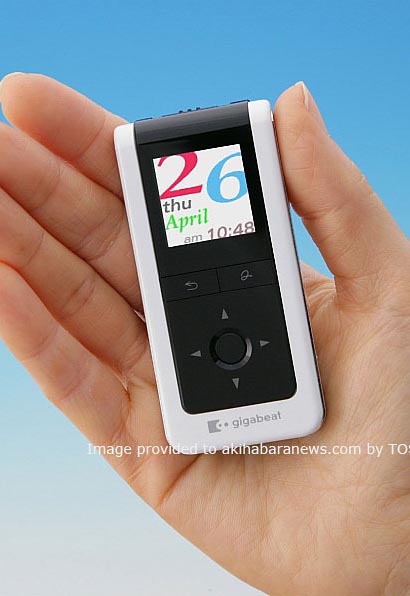 They may not be anything particularly fancy, but the new Toshiba U101 (1GB) and U201 (2GB) are a couple of pretty fashionable MP3 players. Available in white, blue, and orange, the Gigabeat U (as it is also known) features Toshiba’s latest chipset (LSII), said to offer “the best audio quality, but also a compact size for an even small product.”

The 1.1-inch LED control screen is decidedly small, but so is the player as a whole, which measures just 76.5 x 36.2 x 10.9mm and weighs only 36 grams. One feature that you’ll surely appreciate is that the Gigabeat U not only comes with a built-in FM tuner, it’s also got an integrated FM transmitter.

It won’t compete against the iPod Video or Zune, but should do well against other basic Flash-based players.