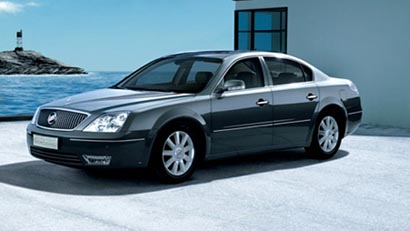 Move over Geely. Step aside Chery. It turns out that the first Chinese-designed car that will make its way into the United States is a Buick LaCrosse. General Motors may traditionally be thought of as a North American company, but they’ve got a design team in Shanghai that has been working on a few projects for them.

The Chinese-market Buick LaCrosse is expected to sell about 110,000 units this year, compared to just 76,072 of the American-market LaCrosse in the United States last year. Yeah, so what. That’s the Chinese-market LaCrosse, so what does it have to do with the American market? Well, it turns out that this vehicle — designed by a team headed by “Shanghai” Joe Qiu — could be making its way across the Pacific as the next-generation Buick LaCrosse, which is scheduled to hit showrooms around these parts in 2008 or 2009.

Some have said that the Chinese LaCrosse “is way cooler than ours”, paving the way for more Chinese-designed vehicles. Just don’t bring us a Fengyin.