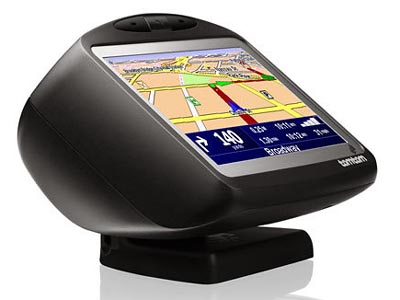 Now that the price of portable GPS units has come down so much, they are becoming much more mainstream. As a result, the competition is fierce to grab market share and manufacturers need to do something to capture a customer’s attention. They’ve increased screen size, included MP3 playback, or tossed in some Bluetooth for wireless conversations. The TomTom Go 715 portable GPS unit, officially announced at CeBIT this week, has a pretty big leg up on the competition, because it’s got mobile broadband.

Basically, all you do is pop your SIM card into the provided slot and reap the rewards of whatever mobile broadband you have access to. What this means, from what I can gather, is that you can update maps on the fly and receive real-time traffic info from the interweb. Naturally, the TomTom Go 715 also has Bluetooth and spoken directions.

TomTom has not yet announced when they’ll launch the Go 715, nor have they said how much it’ll cost.