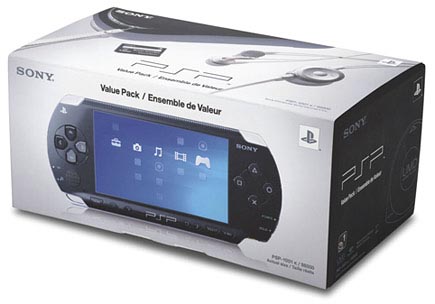 Here’s a big surprise: people are saying that the PSP is too expensive. The kicker, though, is that it’s the retailers that are asking for a price drop.

The Nintendo DS Lite costs about half as much as a PSP and it’s a little harder to convince a customer to pony up the extra bucks. Sure, the PSP has added functionality in terms of multimedia and it has a much larger, brighter screen, but apparently that’s not enough. In fact, some stores are threatening to take the PSP off their shelves altogether if Sony doesn’t lower the wholesale price. Yup, sales are pretty bad.

It’s been confirmed that a second-generation PSP is in the works, so you’d expect Sony to drop the price on the current incarnation if only to move the stock. But man, Sony’s really taking a beating lately, with people hating on the very expensive PlayStation 3 and the PSP. Not that I feel sorry for them or anything.