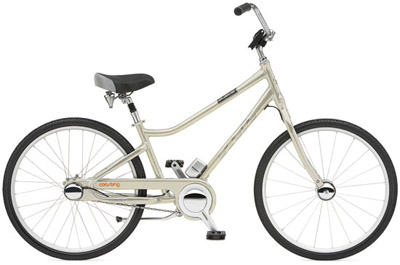 Giant, Raleigh, and Trek—three of the biggest names in the business—are among those jumping on the Shimano “Coasting” bandwagon and installing chip-controlled gear shift systems on select bike models. Soon you won’t have to lift even a finger to switch gears.

Giant and Trek won’t be winning any fans among cycling’s racing elite, but they aren’t the target market anyway. Raleigh, with its emphasis on touring bikes seems more likely to adopt this technology, but Giant and Trek count any number of world and exclusive event championships among them, most noticeably Lance Armstrong’s seven Tour de France wins (on a Trek).

The population of casual riders far outnumbers those who win and even enter races, though, and it is these folks who will be apt to be buying these bikes anyway. So if you’re one of those folks or you know someone who is, then you should know that the Coasting system is a consistent performer but is not designed to withstand heavy demands, like racing and very hard training. There’s some doubt, too, how well it would hold up in the driving rain. Again, though, the target audience for this system would be indoor and dry paved trail riders, not slogging through pacing and time trial drills.

Some of these bikes are available now, for prices ranging from US$450 to US$700. Check out Giant, Raleigh, or Trek for more.