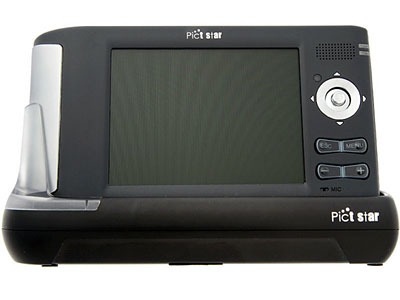 Devices like these are an absolute godsend for people that take extended vacations, because it gives you an opportunity to offload those pictures from the digital camera, freeing up the space for more memory making. In addition to the usual onslaught of CF, Memory Stick, SD, and miniSD card slots, the AXES PictStar VP8360 also supports the new SDHC format.