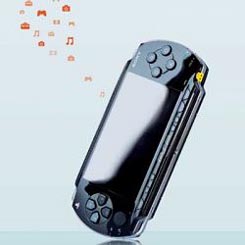 Rumors about a second-generation Sony PSP have been bandied about the internet for some time now. Those rumors have finally been substantiated as Sony has officially announced that they are working on a successor to the current PSP portable gaming machine. The new PlayStation Portable (tentatively called the PSP2) will feature a slimmer profile and a more compact form factor overall, but it will still feature the same-sized screen.

The Sony officials did not comment on any more specific details, so we’re still left wondering whether we’ll get 8GB of Flash memory or the 60GB hard drive from Samsung, and whether or not they’re going to kill off the UMD. On the plus side, we can say for certain that the PSP Lite will be smaller and lighter.