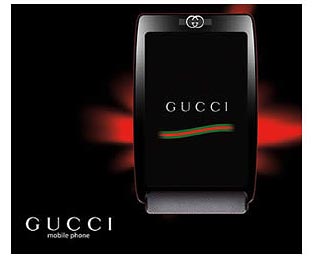 It’s official. Cell phones aren’t just about utility; they have become the ultimate fashion statement. When a name like Gucci is throwing their name into the mobile phone hat, that’s got to mean something. Following in the footsteps of Dolce and Gabbana, Prada, and TAG Heuer, Gucci is apparently working on a special cell phone of their own and from what we can gather, it’s got a full face touchscreen not unlike the upcoming Apple iPhone.

Few details are available at this time other than the rendered image that popped up on Flickr. Not that it matters, because if you’re at all considering the Gucci phone, you don’t care how many megapixels the camera has and how many megabytes of internal memory can be found within. It’s all about style, baby.