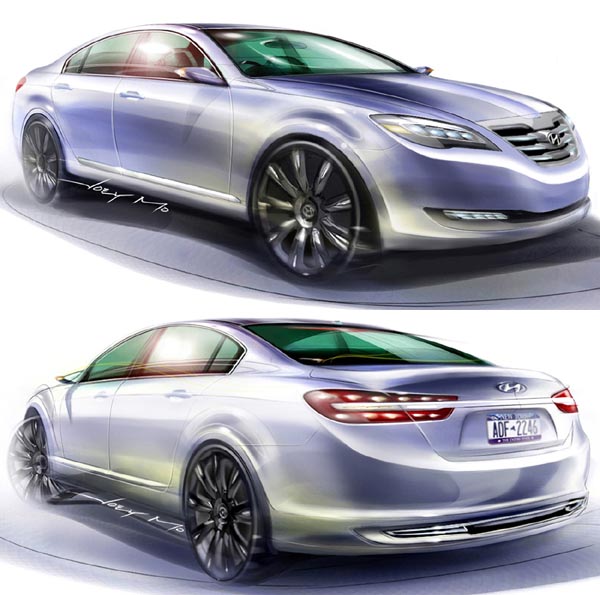 A rose by any other name… Hyundai is planning to storm the New York Auto Show with their new Concept Genesis sedan concept, a rear-wheel-drive vehicle (a company first) that appears to have a striking relationship with the Equus spotted last year and the upcoming i50. You see, the Korean carmaker is set to change its naming scheme to an alphanumeric system sometime in the near future and by all indications, the Genesis will eventually be transformed into the i50.

This is no small vehicle and as such, it is far from lacking in power. The “executive sized sedan” will be rear-wheel-drive and come with the option of a V8 engine for that extra umph. It has also been mentioned that the Hyundai Genesis is “noticeably larger than the front-drive Azera.”