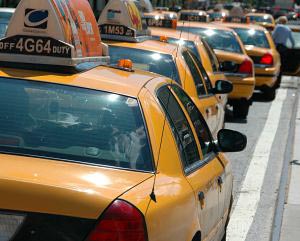 The Bloomberg administration in New York wants to install high-tech video monitors in every taxi cab before the year is out. These monitors would display advertising, take credit card transactions, as well as provide GPS information. The problem with this initiative is that the cabbies will be brunting the bill and as such, there’s a distinct possibility that New York City cab drivers will go on strike over this issue.

In addition to having to pay for the GPS units — which run between $2,900 and $7,200 for a three-year period — the city’s cab drivers also cite a “violation of their privacy.” While they won’t be tracked the entire time, the GPS units will keep a record of the beginning and destination of each paid trip. Violation of privacy? Please. But I don’t think it’s fair to force the purchase upon the cab drivers. After all, this just means that they’d be forced to hike rates to recoup the costs.