General Motors has a lot of brands under its belt, several of which never see the light of day here in Canada. One such badge is Opel, though we found the GT Roadster around these parts slightly retooled as the Pontiac Solstice and the Saturn Sky. The Opel Gran Turismo Coupe (GTC) concept is quite a different beast, however, exuding a certain sense of luxury to go with its 300 horsepower V6 engine. It’s also got a turbo and all-wheel-drive to boot.

The Opel GTC is based on the next-generation Vectra platform. The Vectra is a four-door sedan, while the GTC is a two-door coupe, not unlike the Opel Calibra (1989 to 1997) that was based on the Vectra of that era. More details surrounding the Opel GTC should be revealed in Geneva this week. It’s probably going to be Euro-only for now, but I can totally see this transforming into the next Pontiac G6 or something. 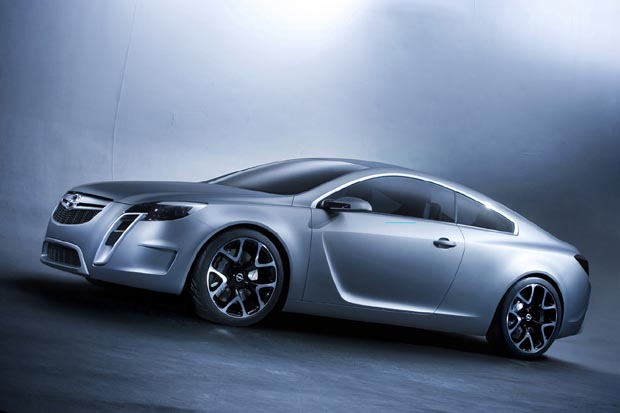