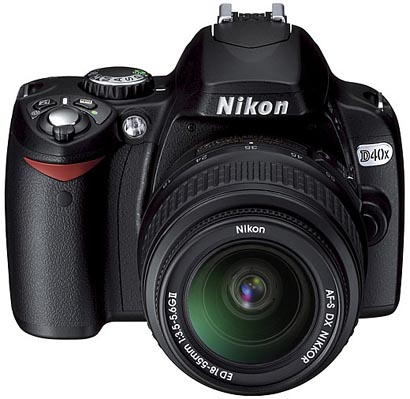 If you thought you were happy with just the vanilla Nikon D40 digital SLR, think again because the cameramaker has just announced its successor, the D40x. This package bumps the megapixel count from six to 10.2, also adding in three frames-per-second continuous shooting and a wider range of ISO speeds. You can now take your snapshots at ISO100, instead of the 200 that the D40 offered.

In many ways, the D40x is similar to its larger and more impressive brother, the D80. You get the same 2.5-inch LCD and same megapixel count. The price, though, is a little different.