It’s easily one of the most ambitious designs being touted at the Geneva Motor Show this week and you can’t help but take a second glance when you waltz on by. The Mazda Hakaze, pronounced Hah-Kah-Zay, is the latest crossover utility vehicle from the Japanese automaker, sporting a more outlandish appearance than its CX-7 and CX-9 stablemates.

According to Damon Lavrinc, the “beautifully fluid” Hakaze is “a modern Pininfarina with a Japanese flare.” They say that it has a “flying leaf motif” with its rippled and flowing sand dune-like appearance. Under the hood is a turbo 2.3L DISI inline-four, sending power to all four wheels.

We’ve already seen the Nagare and Ryuga concepts, but they’re saying that the Hakaze is the most likely candidate to see production, possibly as a CX-5. 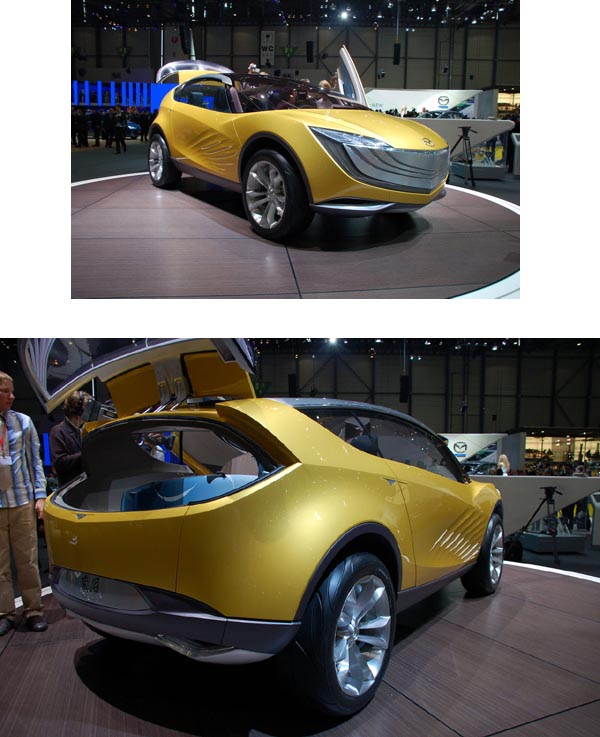