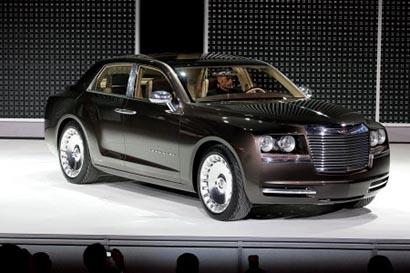 Personally, I think it just looks like a Chrysler 300, but others have compared the newly unveiled Chrysler Imperial to the considerably upper-scale Rolls-Royce Phantom. DCX has decided to go ahead with production of the luxury sedan, planning to have it roll out of the Brampton Assembly Plant. This choice makes perfect sense, of course, since this is the same factory that churns out the 300, Magnum, Charger, and Challenger, all of which are based on the LX platform.

The Chrysler Imperial will be decidedly low volume, but its future is still a little up in the air, because the Brampton plant is currently undergoing some woes. “The local union at the plant rejected a wage concession that would have kept the plant on a three-shift schedule, despite that it was endorsed by union leaders.”