The BMW M3 has always been a highly sought after car, evoking feelings of class while throwing you back in your seat with a surge of exhilaration. The Bavarian car maker took the stage at the Geneva Motor Show and revealed the next incarnation of the M3 coupe, and yes, it’s as gorgeous as ever.

The fenders bulge out, showing you its strength. The wheels are huge, but understandably so considering the giant brakes they need to house. The gaping air inlets and carbon fiber roof add in those final touches that let you know this beast means business. It’s hot, it’s fast… but it’s still a concept.

As such, BMW hasn’t officially announced what engine they’ll plunk under the hood of this rear-wheel-drive behemoth, but the M3 on display was sporting a 420hp+ V8 mated with a six-speed manual transmission. A new twin-clutch gearbox may also be available. 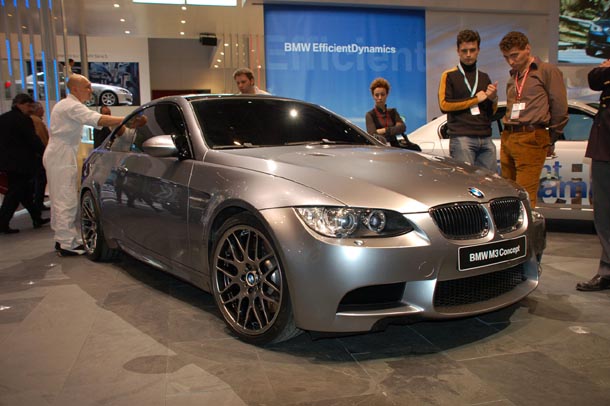