Thought the Lotus Elise and Exige looked exotic? You haven’t seen anything yet, because the Lotus 2-Eleven is even further out there with a design that targets “the true track day enthusiast.” Following in the tradition of other Lotus sports cars, the 2-Eleven is ultra lightweight (1,477 pounds) and reasonably powerful (252hp at 8,000 rpm; 179 lbs-ft of torque at 7,000rpm). It can rocket from zero to 60mph in 3.8 seconds and, naturally, it’s quite the nimble number too.

Production is scheduled to kick in around April 2007 with an MSRP of £39,995 for the “Launch Edition.” They’re also planning a “Going Road Version” with front and rear lights, catalytic converter, and other road legal necessities, as well as a “Track Only Version” that is even more aerodynamic than its stablemates. This last 2-Eleven also comes with a FIA approved driver’s race seat.

I do find the choice for the model name a little curious, though, considering that it immediately brings up connections to the Porsche 911. I know I can’t be alone in this sentiment. 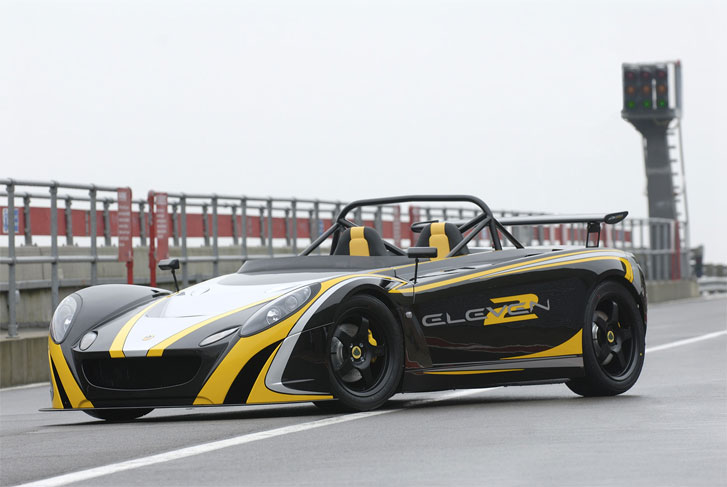