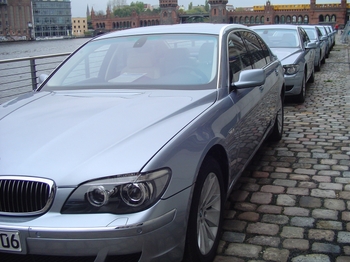 In what could become the shape of things to come, BMW and DaimlerChrysler have announced a partnership for producing hybrid vehicles. That agreement, which the companies say will allow them to produce mass quantities of hybrids within three years, is significant for several reasons.

First of all, BMW has just made a big splash with a fleet full of hydrogen vehicles. Presumably, these would take a back seat to hybrid co-production. Also, it isn’t clear from the announcement just who is in the driver’s seat. Is it BMW? Is it DaimlerChrysler? (Is it just Daimler, with Chrysler no longer part of the equation?) We’ll found out soon enough, as this plan of action becomes action.