Although Porsche is exclaiming that the all-new 2008 Porsche Cayenne will be making its “highly anticipated U.S. and Canadian market debut”, the provided picture is of a Cayenne with a Euro plate. A small faux pas, surely, but one that I picked up on right away.

Set to arrive at U.S. dealer lots on Saturday, March 3, the 2008 Porsche Cayenne is continuing the success of the company’s first-generation SUV, carving in a new “cornerstone of Porsche’s traditional brand essence. Like its predecessor, this new Cayenne will be offered in three trim levels (Canadian prices in parentheses):

The range-topping Cayenne Turbo is capable of going 171mph (275 km/h) and doing the zero to 60mph run in just 4.9 seconds. That’s faster than most “sports” cars. 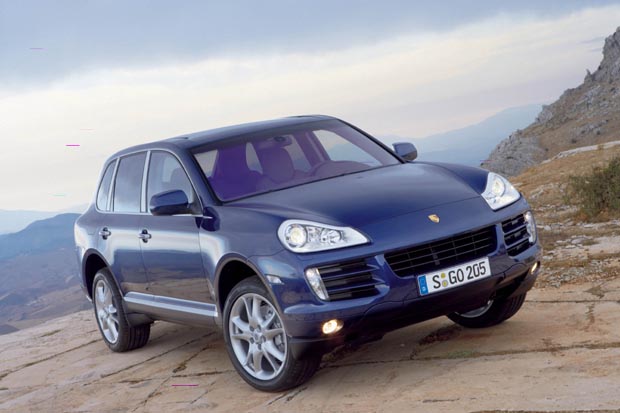