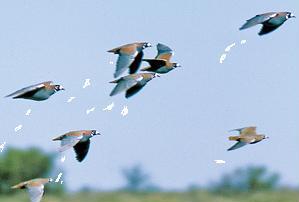 Building on similar success with mice, a group of Chinese scientists have successfully controlled the flight of pigeons using electrodes implanted in their brains.

Scientists at the Robot Engineering Technology Research Centre at Shandong University of Science and Technology inserted a handful of implants into a group of pigeons and were able to get the birds to respond to in-flight commands such as “Turn right”, “Fly downward”, “Turn left”. Commands were sent by computer, not by voice.

Other than avoiding paying CGI costs for a remake of a 1962 Hitchcock picture, we can’t think of a use for this application in birds. Dog (and especially cat) obedience, on the other hand, could certainly benefit from this sort of thing.

They did not specify what practical uses the scientists could use the remote-controlled pigeons for. No word on if they can make the pigeons crap on command.