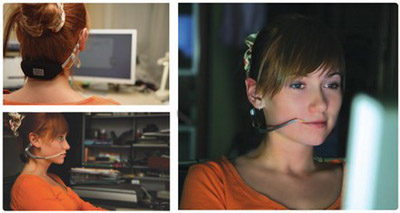 One thing that quadriplegics haven’t lost is their ability to use their tongue. That’s what these scientists are counting on.

They’re the inventors of a new system that would let those who have lost use of their arms and legs perform basic computer functions by dictating instructions to the machine with their tongues. The prototype—and it’s only in the prototype stage at this point—consists of a wraparound headpiece that includes a non-invasive mouth assist that lets the tongue do the talking. The insert doesn’t interfere with speaking, eating, or drinking.

The official name of this proposed product is the Alternative Computer Control System GRAViTONUS. Much of the focus so far has been on an interface with a personal computer and, by extension, the Internet. However, the device can also be adapted to use with home electronics equipment like telephones, televisions, and stereo systems.