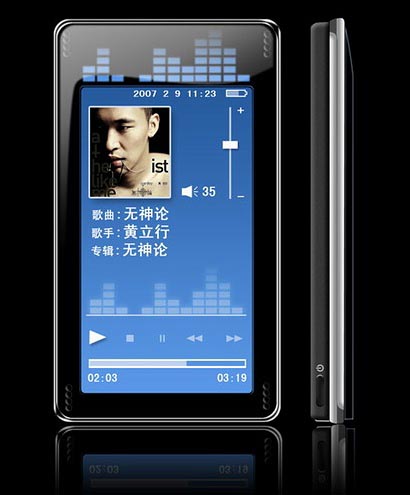 Will it ever stop? Will we ever be free from the deluge of iPhone clones? The answer, quite apparently, is no. The latest in the flood of handsets that look a little too much like the iPhone is the Teclast T59.

Details are really slim at this point, considering that the only image available is a photo of a “concept model” and there could very easily be a whole whack of changes before the T59 ever makes it into the Chinese market. Based on the lack of buttons though, we’re pretty sure that large color display is a touchscreen. There is a distinct possibility that the T59 will be lacking any sort of cellular radio, being restricting only to serving you multimedia entertainment on the go. After all, Teclast is known for their MP3 players and PMPs. Cell phones, not so much.