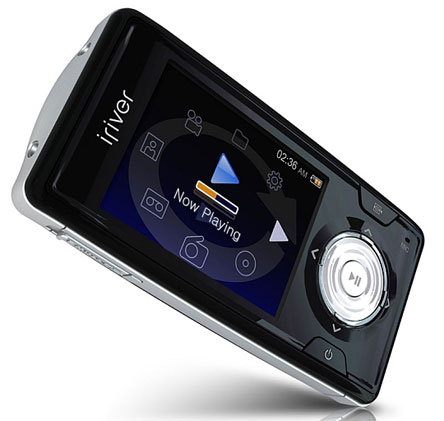 Okay, so Reigncomm, owners of the iRiver brand, aren’t explicitly attacking Apple with the X20 PMP, but there’s no denying that they’re going after the exact same segment of the market. Available next week in Japan, the iRiver X20 is available in 2GB, 4GB, and 8GB flavors, not unlike the second-generation nano. One of the major differences between the two products, though, is that the iRiver X20 can use its 2.2-inch QVGA display to show off videos, whereas the nano is movie-less (for now).

In the audio department, the X20 will tackle MP3, WMA, and OGG formats. For video, it’ll take WMV and MP4 files. Other additions that are certainly worth noting include line-in recording, an FM tuner, microSD expansion slot, and a formidable 22 hours of battery life. The iRiver X20 measures 98.5x49x14.8mm.