When it comes to hybrids, the first and last name that most people think of is Toyota, with a good amount of attention being paid toward their Hybrid Synergy Drive technology. The Geneva Motor Show is next month and it will be at that venue that Toyota plans on unveiling the Hybrid X Concept. At least they gave us a sneak peek at the car (but it’s a vague-ish picture of the rear end, prominently featured that Synergy Drive badge).

While the Civic Hybrid looks almost identical to the regular gas-burning kind, Toyota wants to do something different with their hybrids, getting them to stand out from the rest of the crowd. They aim to use “design to help differentiate its hybrid offerings from its other models.” Really? Because the Camry Hybrid doesn’t look all that special. Same with the Lexus 400h. In fact, the only hybrid that looks special is the Prius.

Some features that they’re considering, according to Toyota senior creative designer Jin Won Kim, include “green or blue lights on the sides of the hybrid or maybe even on the hood that illuminate when the car is in hybrid mode.” They’re also looking to experiment “with unusual air intakes and outlets that will add a styling element”, given that “a hybrid battery needs a lot of cooling.” 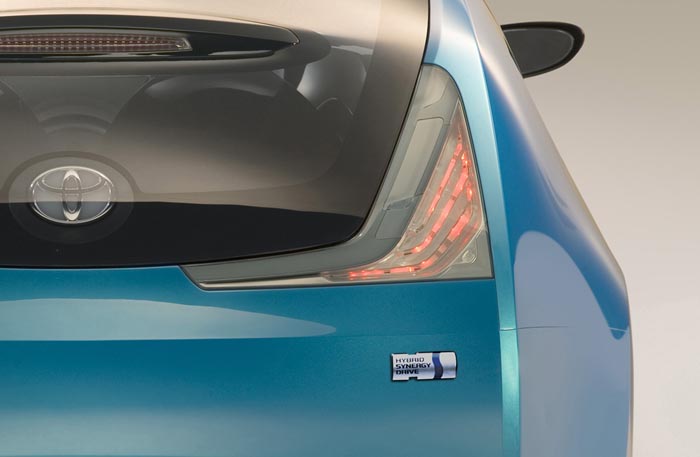