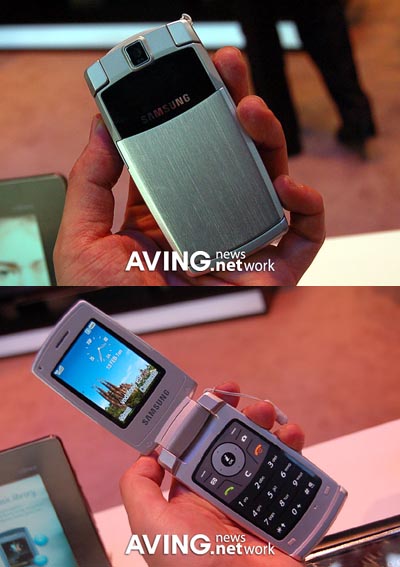 Cheap plastic phones seem to be a thing of the past, at least over in some parts of the Samsung camp. They’ve adopted a full metal casing for their latest ultra-slim clamshell, the Ultra Edition II 9.6. This ridiculously skinny flip phone “is encased entirely in metal”, and my best guess has them selecting something lightweight like aluminum for the job.

In terms of features, The Samsung U300, as it is also known, comes with all the stuff that you’ve come to expect from the Korean manufacturer, including a three megapixel camera, TV-out, Bluetooth (presumably stereo A2DP), and 70MB of internal memory. There’s probably a microSD expansion slot too in this “world’s slimmest folder.”

European availability is expected during Q1 2007.