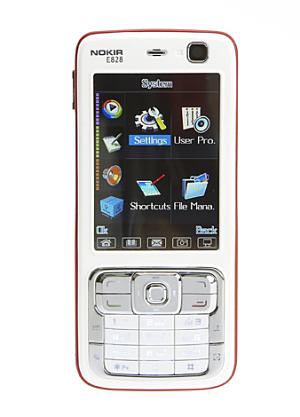 You want a blatant rip off, you’ve got yourself a blatant ripoff. The Nokir E828 looks nearly identical to the Nokia N73 in just about every way, including the font used for Nokir. That R looks really close an A, you know. The biggest difference between these two phones — other than the fact that one was created in Finland whereas the other was dreamed up in China — is that the Nokir rendition sells for just $200.

If you must know the specifications, the Nokir E828 comes with a 2.6-inch QVGA touchscreen (the Nokia N73’s display is not touch sensitive), a 2MP camera, microSD expansion slot, MP3/MP4 player, and Java games. There’s no Bluetooth and no English instruction manual, but at first glance, most people will think you’re rocking the real deal. Measurements of the Nokir are 110x55x14mm.