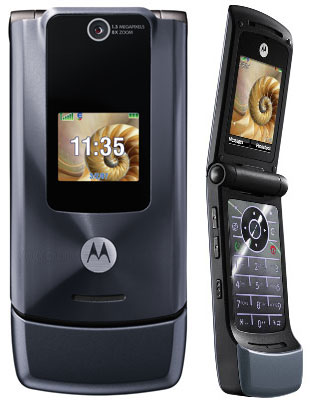 Although it is clearly closer to an entry-level phone, Motorola is telling us to say goodbye to low tier and hello to MOTOMOBILE with the newly announced W510 clamshell. Combining “the best in design” with value, the Motorola W510 flip phone is inspired by the decidedly higher-end MOTOKRZR, offering a vibrant 262k color TFT screen, 1.3 megapixel camera, and an integrated media player.

The camera is capable of taking both stills and video, getting in real close on the action with its 8x digital zoom. There’s no 3G or WiFi on board, the W510 at least comes with EDGE in addition to the usual GSM/GPRS smattering of radios. You’ll also get MP3/AAC ringtones, video streaming, and CrystalTalk.

No service providers have announced that they’ll be picking up the W510, but we can tell you that Motorola will be ready to ship “in the first half of 2007.”