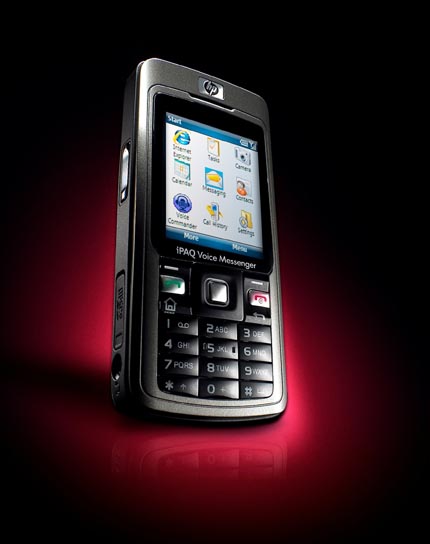 When it comes to business-oriented business handhelds, the same few names inevitably rise to the surface. You’ve got your Palm Treos and your BlackBerry devices, but HP has always been a part of that picture too. They’re going about things in a slightly different way, however, with the newly announced HP iPAQ 500 Series Voice Messenger.

Introduced at 3GSM in Barcelona this week, the IPAQ 500 does not have a full QWERTY keyboard to ease your text message and emailing ways. Instead, it comes with something called “voice reply” which allows you to reply to emails by dictating and sending a voice response. It’s also got WiFi (in addition to its GSM/EDGE radios), allowing the iPAQ to do VoIP as well. Other niceties include Bluetooth, Windows Mobile 6, and an integrated media player for music, video, photos, and games.

International pricing and availability will vary, but the HP iPAQ 500 Series Voice Messenger should start shipping to the United States this spring.