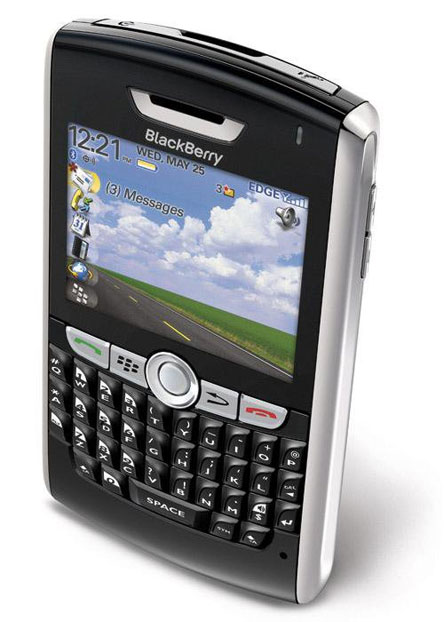 Pictures of this device have been floating around the internet for a while now, but we couldn’t say for sure how legitimate they were. Now we can. Research in Motion went on a trip across the Atlantic to the 3GSM World Congress in Barcelona and officially unveiled the BlackBerry 8800, better known to most people as the Pearl with the full QWERTY keyboard.

Like the Pearl, the new BlackBerry 8800 features a “user-friendly trackball navigation system” and just about the same aesthetic styling. In terms of features, you can expect integrated GPS (with TeleNav), multimedia features, and a microSD expansion slot for storing all those tunes, vids, and emails. In terms of connectivity, you won’t get any 3G, so data is restricted to just GPRS and EDGE. It’s also got Bluetooth 2.0, a QVGA landscape display, and push email (naturally).

No word on pricing, but they’re expecting to ship to “a variety of carriers worldwide beginning in February 2007.” More information can be found at Blackberry8800.com.