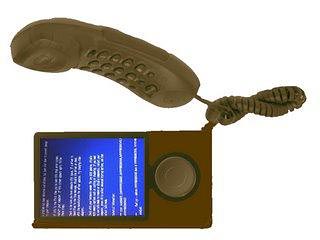 The Apple iPhone, if it gets to keep that name, won’t be hitting American shores until June of this year, but that hasn’t prevented the rumors from running rampant about a possible competitor from Microsoft, appropriately dubbed the ZunePhone. We’ve heard plenty of conflicting reports these past couple of weeks, but in a Newsweek interview, the almighty Bill Gates himself debunked these rumors, seemingly denying the existence of a ZunePhone.

To quote from that interview:

No, I don’t think so. People like different styling, media storage, capability [in phones]. The benefit we get from having lots of great hardware partners is pretty phenomenal. And our software can run on any one of those things.

I know, it’s still a little murky (not unlike the brown color scheme on the Zune), but it seems that Billy is content with selling Windows Mobile for now.