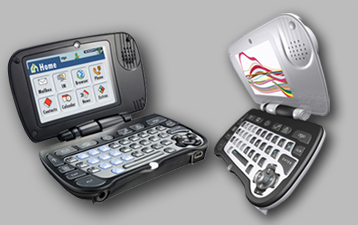 You wouldn’t expect a Russian mobile provider to offer something that sounds good to Western ears. Such is the case with Ogo, a Blackberry-type handheld developed by California-based IXI Mobile and set to be offered by Russia-based VimpelCom customers.

VimpelCom, which has more than 47 million subscribers and was the first Russian company to list its shares on the venerable NY Stock Exchange, has plans to market the Ogo to small to medium-sized businesses in Russia.

Ogo, by the way, is a smart-type device that looks more like a real clamshell and delivers push email, ICQ, and RSS support. That email will allow as attachments PowerPoint presentations, Word documents, PDFs, and a handful of different image formats. It’s been over at AT&T for some time now.

Ogo is large enough to hold a nearly full QWERTY keyboard and a wider-than-average horizontal LCD.