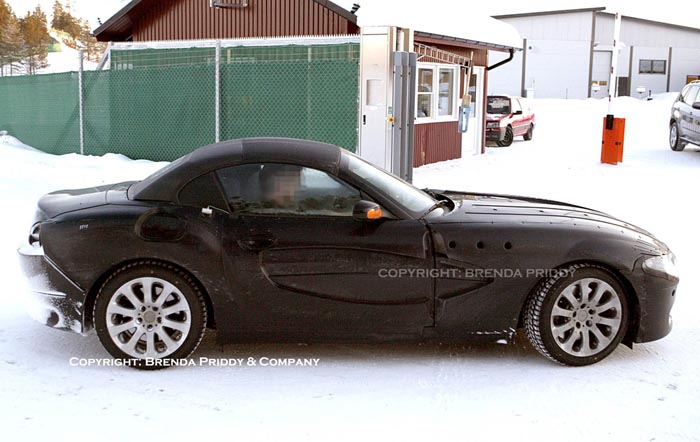 We’re not sure if this is the Z9 or the Z6, but we are pretty sure that this new BMW roadster is not the new Z4. Instead, it should be decidedly more powerful and more upscale, working as a “future successor to the retro-styled BMW Z8 and a possible competitor for the Mercedes SL.”

The camouflaged tail lights remind me of the previous generation Mitsubishi Eclipse, but I have a feeling those will undergo more than a couple of changes before the Z6/Z9 actually hit the market. You’ll also notice that this new roadster — whether you want to call it the Z6 or Z9 is up to discussion — is quite a bit bigger than the current Z4. It also has an electric folding hard top, rather than the ragtop found on the Z4. Leftlane News is also reporting that “unnamed industry sources attending the Chicago Auto Show today have all but confirmed that this is no Z4.”