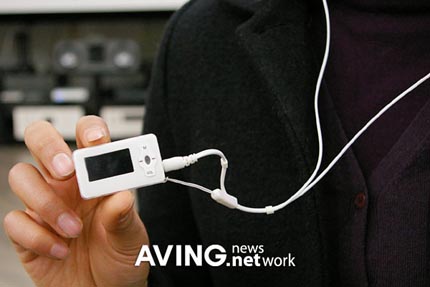 Based on its size, I guess you could call it a cherry tomato. After all, the Tomato mini is quite the small MP3 player, measuring just 47x27x12mm and weighing a mere 15 grams. The mini appears to be quite the different beast than its U20 PMP big brother, but it’s still not laden in a bright red skin like how the company’s name may lead you to believe. Instead, it appears to be offered in either black or white.

The features on the Tomato mini DAP are more of what you’d expect. It’s got an OLED display to keep you in the loop, seven equalizers to customize your sound, and a bunch of other stuff like playback speed control, A-B track repeat, and auto resume. Additional specs include voice recording, telephone book (though it can’t make any calls itself), e-book reading, and 10 hours of battery life on a single charge.