If you’ve been waiting for this hot little number from GM, your wait is about to come to an end. Later this week, the Pontiac G8 is set to make its official debut at the Chicago Auto Show. While we couldn’t find “live” pictures of the vehicle itself, we did manage to snag a few shots from the public access webcams on the show floor. They caught a looping promotional video that Pontiac has prepared for the G8, offering us “the best look yet at the new car.”

As some of you may already know, the new Pontiac G8 is essentially the American-ized version of the 2007 Holden Commodore sold in Australia. They share the same Zeta platform as the 2009 Camaro and next-generation Impala. Exact figures have not been released in terms of performance, but we can tell you that the G8 is rear-wheel-drive. 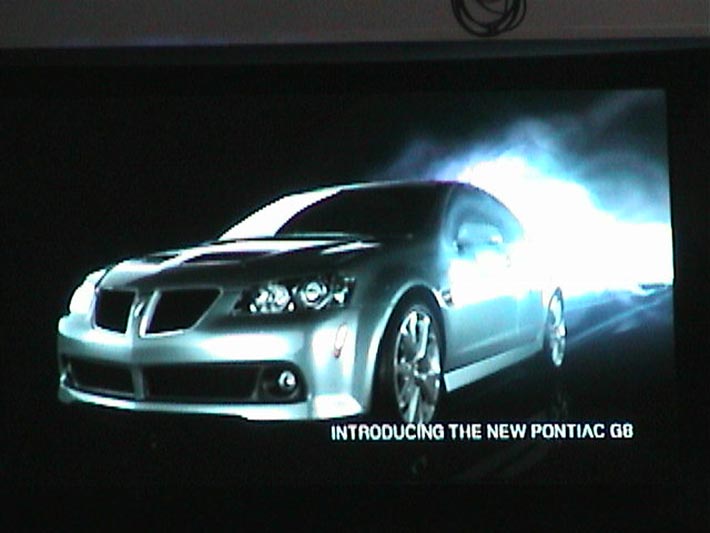