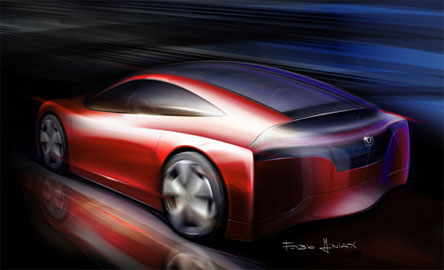 Not wanting to be left out, Honda is getting back on the hybrid bandwagon, showing off the first traces of a sports car concept that will be officially unveiled at the Geneva Auto Show.

That sketch is about all we have at the moment, other than the fact that the vehicle came from the bright minds at Honda R&D Europe, in Offenbach, Germany. The sketch does suggest, however, that the new car, whatever it ends up being called, will be the successor in more ways than one to the Insight, Honda’s hybrid initiation that is, sadly, no longer with us except in used car lots.

Honda is the latest of the top-line automakers to announce hybrid sports car concepts. Toyota, GM, and Ford have recently made similar announcements.