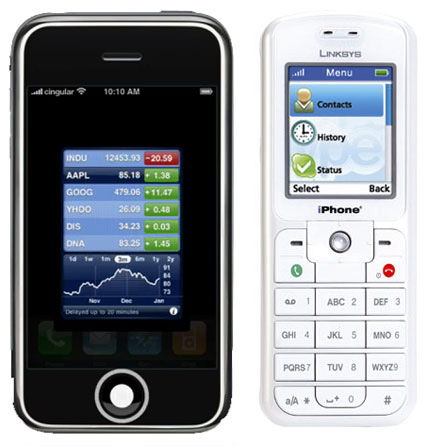 Have the gloves gone back on again? Is the handshake really on the horizon?

Apple and Cisco have reeled in the partisan shouting, at least the moment, to return to the bargaining table. Cisco, you’ll remember, came out with the iPhone first and says it has a patent on the name. Unless you’ve been living under a very large rock, you know that Apple introduced its iPhone at Macword last month. So Cisco is now suing Apple.

The lawsuit hasn’t been pulled from the proceedings, but the two sides are talking again, which is something that hadn’t been happening. Cisco has owned the patent since the last millennium and has been shipping its iPhones for several months now. Neither of those things stopped Steve Jobs from forging ahead with his own vision of the iPhone, which is set to come out in a big way in June. (That product launch will undoubtedly be huge, by the way. If you’d rather not be exposed to the endless hype, you might want to go back under that rock.)

What has happened is that Cisco has agreed to give Apple more time to respond to the lawsuit, with the ultimate aim an agreement on trademark rights and interoperability that both sides can be happy with. What else can they really do?