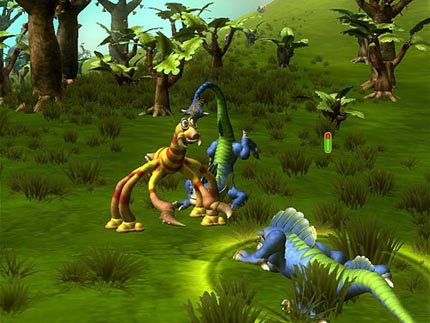 The Nintendo DS is heralded as a mobile unit that offers all sorts of unconventional gaming options. The most recent title to throw its name into the dual-screened hat is Spore. Yes, that Spore. The same game that has everyone flipping over backwards as they anticipate the PC version. The rumors have been floating around for some time now — there was even a job posting looking for a designer with expertise in handhelds — but it’s nice to finally get that official word from EA (Electronic Arts).

For the uninitiated, Spore is a game that “simulates the complete history and future of life.” You start out as little more than an amoeba and eventually evolve into an incredibly complex organism. More news is expected from Will Wright at DICE next week, but don’t expect the Nintendo DS version of Spore to hit shelves until about March 2008.