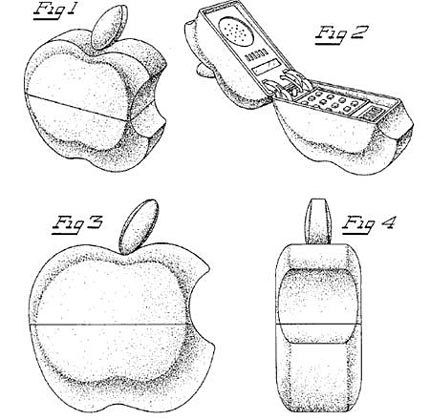 Believe or not, Apple filed a patent for a telephone of their own way back in 1982, a full 25 years before they unveiled the iPhone as we know it today. They received patent approval in 1985, but I guess they decided not to run with the idea of an Apple-branded mobile communicator until today.

One thing that I can say is that Apple has come a long way in terms of creative design. Either that, or the at Apple today are a heck of a lot more in tune with what we like than the team that produced this (literally) produce-shaped phone. Oh, and if you’re wondering about the whole iPhone trademark fiasco, this handset from 1982 didn’t bear that name, so they’re not exactly out of that hot water just yet.