If you enjoy the clippy-ness of the new iPod shuffle, but aren’t exactly a fan of that mundane silver finish, then apparently Apple has heard your cries because they’re unleashing a new set of the “the most wearable iPod ever” in a rainbow of colors. Well, maybe not a rainbow, but they’re starting off with five, which isn’t too shabby.

The spec sheet on these rosy new additions reads exactly the same as the original second-generation iPod shuffle (is that an oxymoron), meaning that for $79 you get 1GB of Flash memory, no display, and an impossibly small form factor. Battery life is still rated at “up to 12 hours.”

Look for the new iPod shuffle in pink, orange, green, blue, and silver (almost the same palette as the 2nd-gen iPod nano) at your favorite Apple retailer. 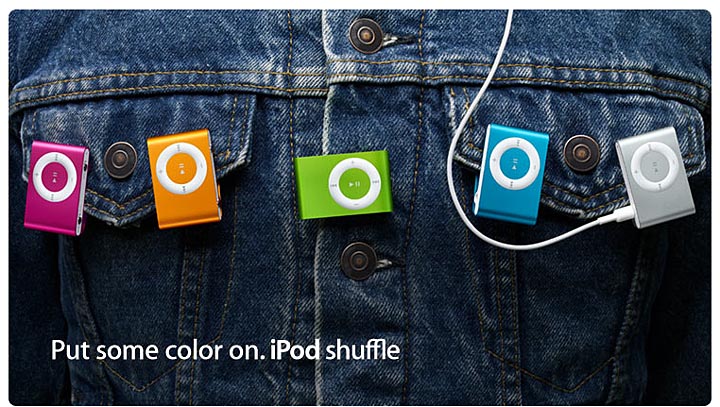