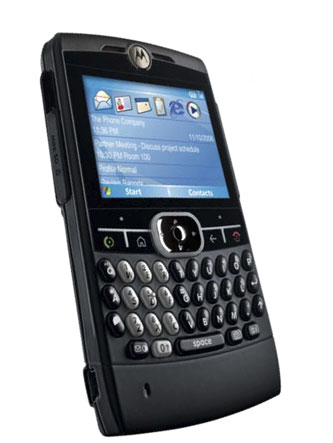 They’re not being all that creative with the naming of their next smartphone, but Motorola could easily be the center of attention at 3GSM if current rumors hold up. According to a leaked presentation to investors from Motorola executive Ron Garriques, next month’s big show in Barcelona will set the stage for the unveiling of the 2nd-gen MOTO Q, appropriately dubbed the Q2 (which is not necessarily indicative of the release date).

At this point, no official announcement has been had and no leaked photos have popped up, but there’s a good chance that if you wait just a couple more weeks, the interweb will become inundated with specs, pics, and more. Sort of like the iPhone fiasco (okay, maybe not that big).

The next Motorola Q will be 3G capable, being available in both HSDPA and EV-DO versions.