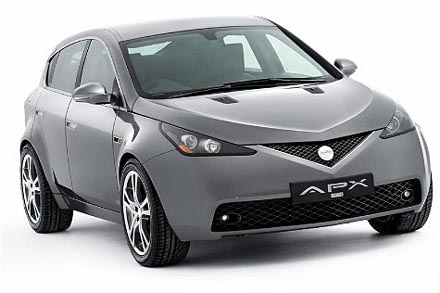 Well, I guess it’s only fitting that the company that makes a faster electric vehicle than Tesla is Lotus, given that just about everything other than the drivetrain on the Tesla Roadster was “borrowed” from Lotus.

Turns out that Lotus, an automaker that typically focuses on creating lightweight sports cars, has decided to create an all-electric SUV said to produce 644 horsepower. It’s even got a range of 350 miles (although that’ll certainly be shortened if you’re riding at the 155mph top speed the entire time). Both of those figures beat the Tesla Roadster, in case you’re wondering.

The unnamed vehicle — codeveloped by Lotus and ZAP, the latter of which is bringing Smart Cars to the USA — doesn’t appear to be quite as large as a conventional SUV, however, fitting more in line with crossovers like the Mazda CX-7. A prototype is expected at next month’s North American Dealers Association (NADA) annual meeting, so stay tuned.