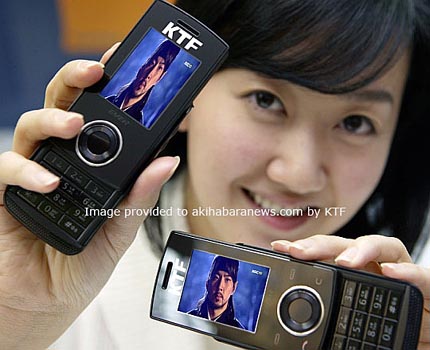 One of the cooler features found on the Apple iPhone is that it has a built-in “accelerometer” which tells it whether to orient the image in landscape or portrait. This same feature which-way-is-which feature can be found on the new EV-KD370 slider phone from the folks at KTF in Korea.

The fashionable slider appears to have a metallic front face, LG Chocolate-like keys, and DMB reception to keep you entertained on the go. That’s where the self screen orientation bit comes into play. In addition to the movement sensor, the EV-KD370 has also got an MP3 player wherein you can change tracks by “shaking the phone.” Wave of the future, folks, wave of the future.