Remember the i-mate KJAR we saw late last year? Well, the TechFaith developed PDA phone has made its way over to the FCC offices seeking approval, and by all indications, all systems are go for a North American launch. Unlike so many other smartphones we have kicking around these parts with a QWERTY keyboard, the KJAR does not slide to reveal its letters. Instead, the top half of the phone can flip and twist as you can see from this picture.

In terms of specifications, the aforementioned display is a 2.4-inch QVGA touchscreen which comes partnered up with Windows Mobile 5 Pocket PC, TI OMAP750 processor, 128MB ROM, 64MB RAM, 2MP camera, miniSD expansion, Bluetooth 1.2, and 802.11b WiFi. There’s no 3G, however. Because of this, the i-mate KJAR would work on Cingular the new AT&T (though Zeta-less T-Mobile may get it too, if the HTC Wizard et al are any indication).

What’s interesting, though, is that according to the official spec sheet, this is a tri-band GSM unit, missing that all important 850MHz band. Hopefully that gets included before an official North American launch. 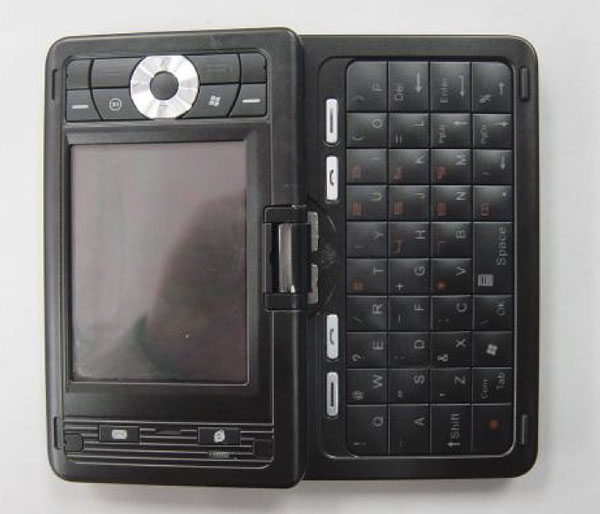