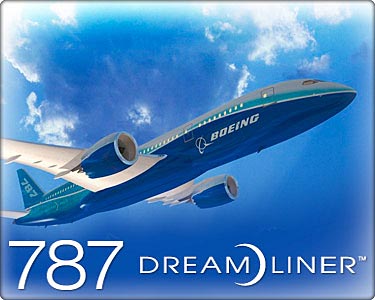 Apparently it’s not all puffy clouds and happy thoughts aboard the upcoming 787 Dreamliner, as Boeing has decided to scrap the idea to include an innovative wireless entertainment system. The upper-class aircraft will still have an entertainment system, but they’re going with the wired route instead, because it is actually lighter than the antenna-based wireless system. This is good news for the “weight-conscious 787.”

In fact, it’s about 150 pounds difference between the two solutions, as the wires weigh in at about 50 pounds, wherein the infrastructure needed for the wireless system tips the scales at about 200 pounds “of other gear.” What’s more, they’ve had issues getting regulatory approval for the wireless frequencies in “about 100 different countries”

This report comes eight months before the plane’s virgin flight.