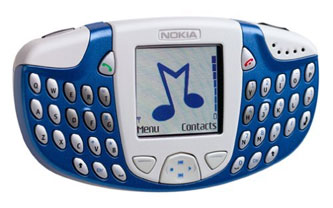 Mobile phones are the future of online music, according to those in the know. More than one industry expert at MIDEM, a trade fair in France, has predicted it will be the mobile, not the mobile music player, that will provide the biggest springboard for digital music.

Analysts predict that the widespread growth in ownership of mobiles—and the increasing ease of downloading music—will coincide to form a powerful partnership that will eventually outstrip the iPod revolution. (We’re guessing that they will count songs downloaded to Apple iPhones as mobile songs and not iPod songs.)