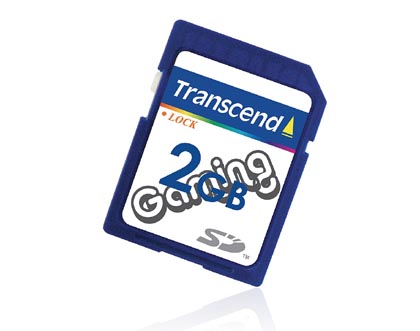 Transcend, a company reasonably well known for providing affordable flash memory solutions, has decided to take their garden variety Secure Digital cards and optimize them for use with the Nintendo Wii and Sony PlayStation 3. As you may know, both of these next-generation home gaming consoles come with SD slots standard, using that extra memory to stash game saves, photos, and other media. In fact, with the Nintendo Wii, you can backup all those awesome retro hits you purchased through through the Virtual Console.

All that said, I don’t know exactly what makes these new SD cards all that special. It seems that the idea behind these Transcend SD “gaming cards” is the same as the Nintendo-branded SD memory cards that accompanied the launch of the Wii. Now, I’m not saying that all SD cards are built alike, but I have a feeling that Transcend’s offerings — available in 1GB and 2GB capacities, the latter of which for 24 Euros — are pretty much the same as their regular SD cards. But hey, they feature “lower power consumption”, “Error Correcting Code”, and yes, even a lifetime warranty.