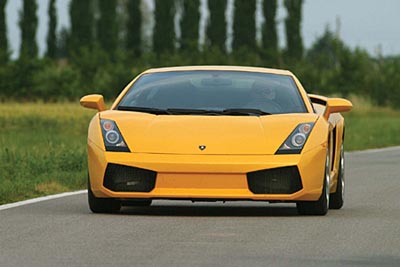 Usually when you talk about new technology and novel innovations in the automotive industry, it is the higher-end model from the higher-end brand name that gets the new stuff first, and then it eventually finds its way among the more common stock. This was true of ABS, airbags, variable valve timing, and so many other goodies that we take for granted nowadays. It seems that things are heading in the reverse direction with the Audi R8 supercar, and the Lamborghini Gallardo. A “trickle-up” effect is set to take place wherein the “advanced mechanicals” from the former may soon find their way into the Italian arms of the latter. I’m not saying that Audi is low end, but you have to admit that Lamborghini is decidedly high end.

Some people were concerned that the Audi R8 may cannibalize the sales of the Gallardo. After all, they have the same underpinnings and the same target demographic. The R8 comes with some refreshed suspension components, however, as well as a slightly tweaked engine. With the “sharing” of these new elements, the sisters cars are going to look more and more like twins. That said, the next Gallardo — set to be reworked next year — should be in the 550 horsepower range. I’d be happy with either. Audi? Lamborghini? Want to send me one as a “press bonus”?