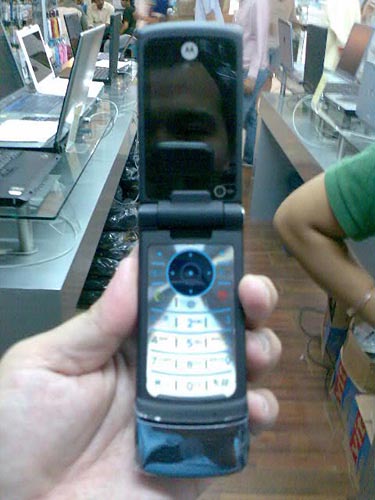 I always take these posts I find on forums with a little grain of salt, but the prospect of such a device is not only plausible, it’s probable. A user who calls himself “toshiro” on the MotoX forums had an intense groping session with the 3G variant of the Motorola KRZR K1, and he was nice enough to provide us with a pic or two.

The exact specs are still a little murky, but a few things that toshiro does mention is that it sports dual cameras (the secondary cam, presumably VGA, would be for video calls), a QVGA main display, and dual mode UMTS. The physical design is nearly identical to the non-3G KRZR K1, and while an official model number has not yet presented itself for this higher-speed edition, toshiro has taken it upon himself to name it the K1+3G. Other members mentioned that it may be the K1prc.

Stay tuned for more if it develops.