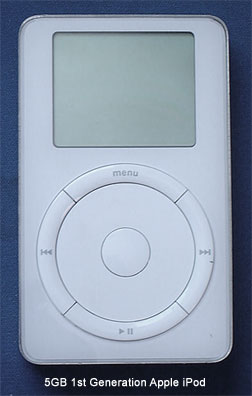 Let me preface this by saying that I primarily enjoy my music in my home and in my car, and the main reason why I have an MP3 player is so that I have some tunes to keep me occupied when I go outside for a run or hit up the gym. As such, I’m perfectly content with a player that only has a gig of storage, because that will be enough to store a solid 200 songs, and let’s just say that I don’t exactly spend 16 hours running at a time.

I can perfectly understand why someone would want more storage if their player was also capable of displaying videos, as movie files can be rather large in size. Having 30GB, 60GB, or more just might not be enough if you’re going to watching a lot of moving pictures during a road trip or while riding the bus to work. But what about just music? How much storage do you really need?

Hard drive-based players offer oodles of storage whereas Flash memory-based units promise instant access and minimal loading times. Personally, I don’t carry my entire music collection with me when I leave the house, but I have friends who do. Maybe it’s just the convenience of never having to be without a particular ditty. Where do you stand on the matter? Are you content with a gig or two, or will you not be satisfied without at least 20GB or more?

P.S. On a side note, I realize that this issue will change largely with the times. Remember when the first MP3 players hit the market and people were wowed by a 256MB unit?