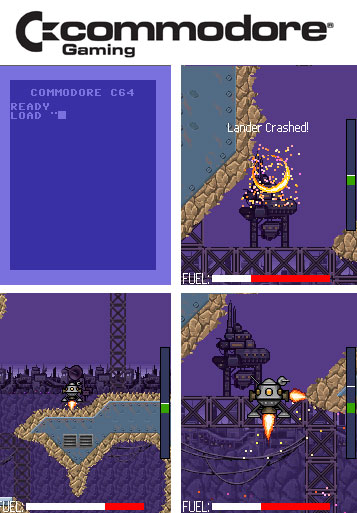 This has got to be some great news for fans of retro gaming, as a bunch of classic games from the now legendary Commodore 64 are getting re-hashed and re-worked for mobile phones. Commodore Gaming BV has teamed up with Kiloo ApS in this venture that will see “twenty classic titles from the hugely influential and widely-loved Commodore 64 back catalogue” get released for cell phone platforms over the course of the next 36 months. This is exciting stuff, folks.

The first three games to be made available will be: Jupiter Lander, a precision game that charges you with precisely navigating and landing in “treacherous environments”; Triad, a fresh take on Tic Tac Toe that combines elements of a space shooter; and Jack Attack, a brick-moving, critter busting adventure.

Fans of the 80s rejoice! Your age old classics are not only receiving new life; they’re becoming portable!